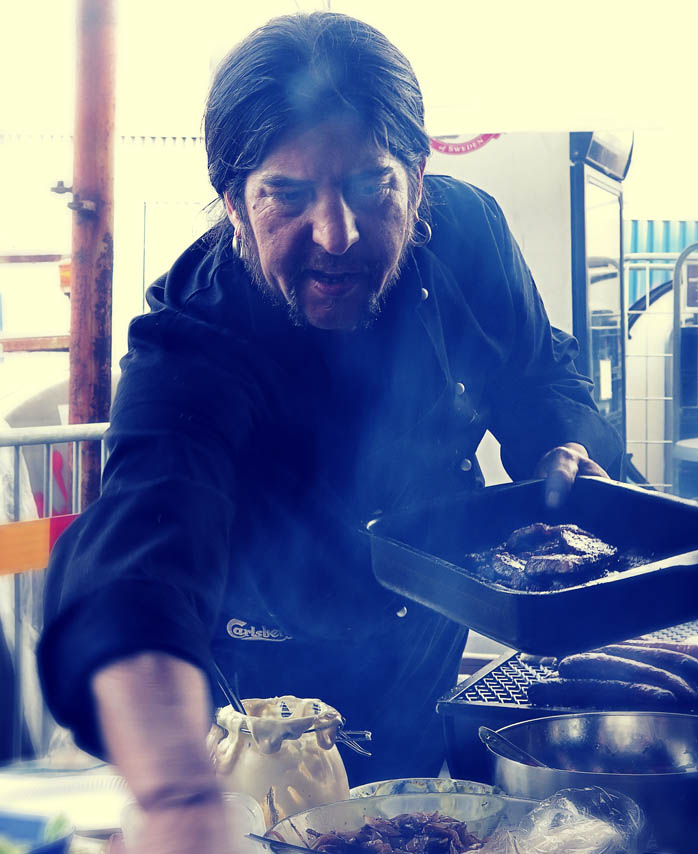 NO BUBBLES, NO PARTY

As a chef in Sweden I want to bring the tastes of South America and their traditional dishes to your home. Imagine if you had a private chef born in Chile, raised by his grandmother and learned how to cook the delicious dishes she made, at your service. Until I was 14 years old I lived in Chile and it was not until I moved to Sweden that I started to understand what I wanted to be. As soon as I came here I was introduced to an Italian Chef in Norrtälje, year 1987. He started to teach me and that made me realize that I had a talent. A talent that I was not even aware of. He was the one that told me about Italian cuisine and how to make Pasta Italiana. Soon I became the youngest Pasta Chef and Pizza baker in Norrtälje, winning our first award for “the best Restaurant in Norrtälje year 1987”. That started my interest for becoming a Chef. But it would take about 10 more years before I went to Gastronomy/Chefs School to follow my dreams. As I became a Chef my focus was always in learning as much as I could from both mentors, teachers and colleagues.

Earlier this year, I had a plan and a dream, I wanted to help those in need. So I started to cook and share food, clothes and awareness information for homeless and immigrants. For me the best part is lightning up struggling people’s everyday life, to give them the tools and the necessary information they need to adapt. We try to reach them in their languages in flyers with all the info such as Immigrant offices numbers, refuges shelters and Emergency housings.

A few years ago I found an advertisement for “work as a Chef in the Nobel House”, which I applied for and I got the job. I was making high quality and high levels of gastronomy food. I came up with the idea of spreading the Chilean Gastronomy throughout Sweden. That day I decided that the name of my first Cookbook would be “From the streets of Valparaiso to the Nobel House”.

On September 17th I am going to organize an event, come and join us and celebrate Chile’s national day. A big party for the whole family. We will be cooking some fine dining, BBQ asado and street food. A great tasting in three different ways! We will also have artists that will perform, DJ’s, folk music and dancers to entertain you.